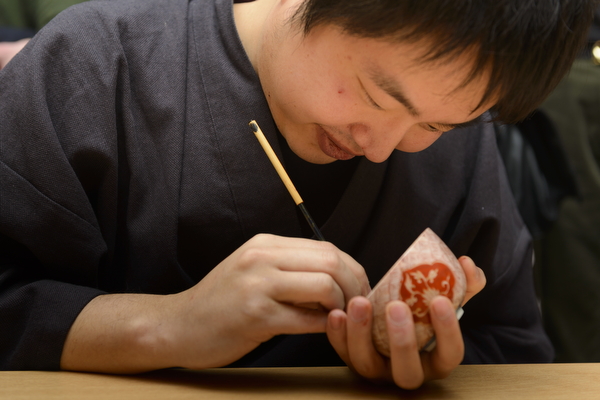 It’s safe to say that kintsugi is one of the more obscure Japanese arts. I’ve had blank stares even when I mention it to Japanese friends or experts in Japanese culture.

So, what is kintsugi? It’s the art of repairing pottery, usually with lacquer and gold – hence the name, which literally means “joining with gold”.

A few months ago, the Daiwa Anglo-Japanese Foundation held a fascinating event on kintsugi which I covered for the Japan Journal. I’ve posted the article below.

One of the unusual things about kintsugi is that it doesn’t really exist as an independent craft in the sense that there are specialist kintsugi artisans. It’s usually done by experts in related crafts. At the London event, a demonstration was given by Muneaki Shimode, a maki-e lacquerware artist from Kyoto.

Obviously, kintsugi wouldn’t be needed without something to repair. So the relationship between ceramics and kintsugi is close. Often, items that have been skillfully repaired with kintsugi become even more valuable than before they were damaged.

There’s a push to popularize this rather esoteric Japanese craft in Europe right now, with some success. Here’s a lovely blog about another kintsugi workshop in London. There’s even a company selling kintsugi kits online. 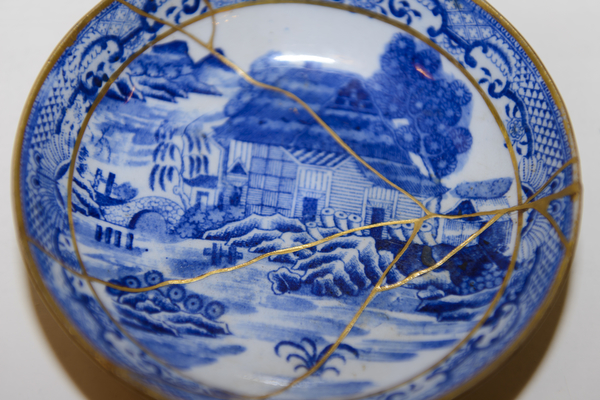 A saucer repaired with kintsugi