Translating a memoir by Kodo Nishimura 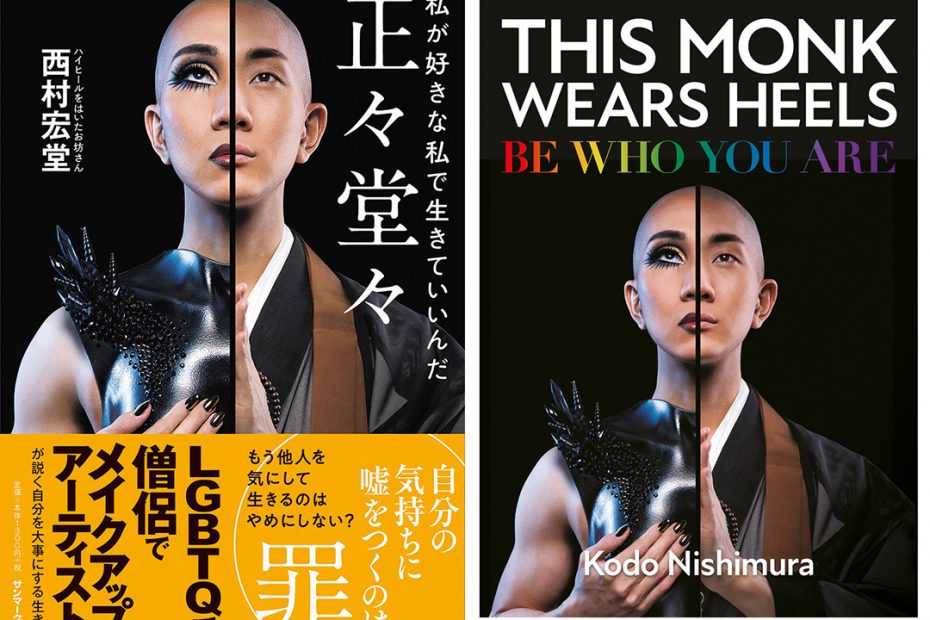 Kodo is a Pure Land school Buddhist monk, a make-up artist and LGBTQ+ activist who identifies as non-binary. He is also a successful writer, having recently published a Japanese memoir… the work I was lucky enough to translate into English.

This wasn’t the first memoir I’ve translated, and I’ve learned to try and get a feel for the “voice” of the writer. Kodo has a distinctive voice in Japanese, candid and warm, so I did my best to convey that in English.

One thing I didn’t have any control over was the title of the book. In Japanese, it was called 正々堂々 which my dictionary rather clumsily translates as “open and aboveboard”. I suggested something like “true and proud” – a nod to the LGBTQ+ pride that Kodo writes about in his remarkable book.

But the publishing company cleverly went for the striking “This Monk Wears Heels – Be Who You Are”. That subtitle, “Be who you are”, is central theme of Kodo’s book. He shares how difficult it was to be himself growing up in Japan and the painful process of achieving self-acceptance.

This Monk Wears Heels was published by Watkins Media in London, and Kodo came to the UK for the launch. He even held a series of events at the Pantechnicon in Knightsbridge. That was the first time I got to meet Kodo and I reported on one event for the Nippon.com website.

What next for Kodo Nishimura? I have heard that his memoir is being translated into many other languages. And I know he is busy working to raise awareness among Buddhists of the issues facing LGBTQ+ people. I’ll be keeping an eye out for his next adventure!